The Province of Bukidnon is located at the center of Mindanao Island, southern part of the Philippines. It is a landlocked province bounded on the North by the City of Cagayan de Oro, on the South by North Cotabato and Davao City, on the East by Agusan del Sur and Davao del Norte, and on the West by Lanao del Norte and Lanao del Sur.

Occupying a wide plateau in the North Central part of Mindanao, Bukidnon has a progressive agriculture-based economy. Having the biggest agricultural area with soils and climate highly suited to agriculture, Bukidnon is the main source of agricultural products and raw materials that feeds the processing plants within the province and the major processing centers of the region. Hence, Bukidnon is tagged as the region’s “Food Basket”.

Bukidnon is also labelled as the highland paradise in the heart of Mindanao. It is predominantly a rolling grassland plateau with an average elevation of 915 meters. The rolling uplands, deep canyons and valleys alternating with the low plains create a refreshing vista for dwellers and travellers alike. The refreshing cool climate in the Bukidnon plateau is attributed to its fairly high altitude.

Aside from its rich natural heritage, Bukidnon is the home of seven indigenous cultural communities: Talaandig, Higa-onon, Bukidnon, Umayamnon, Matigsalug, Manobo and Tigwahanon.

Malaybalay City is the provincial capital of Bukidnon. It’s settled in a charming rural environment, elevated at about 620m, surrounded by mountain ranges from all sides. Malaybalay parallels to Baguio City, but it is smaller in size, unspoiled and spacious location on a wide plateau. The climate is milder but still quite fresh at night. It is protected from storm as it is far south from the Typhoon belt and also from landslides, as the mountains in Bukidnon are not as steep as they are in the Cordilleras. 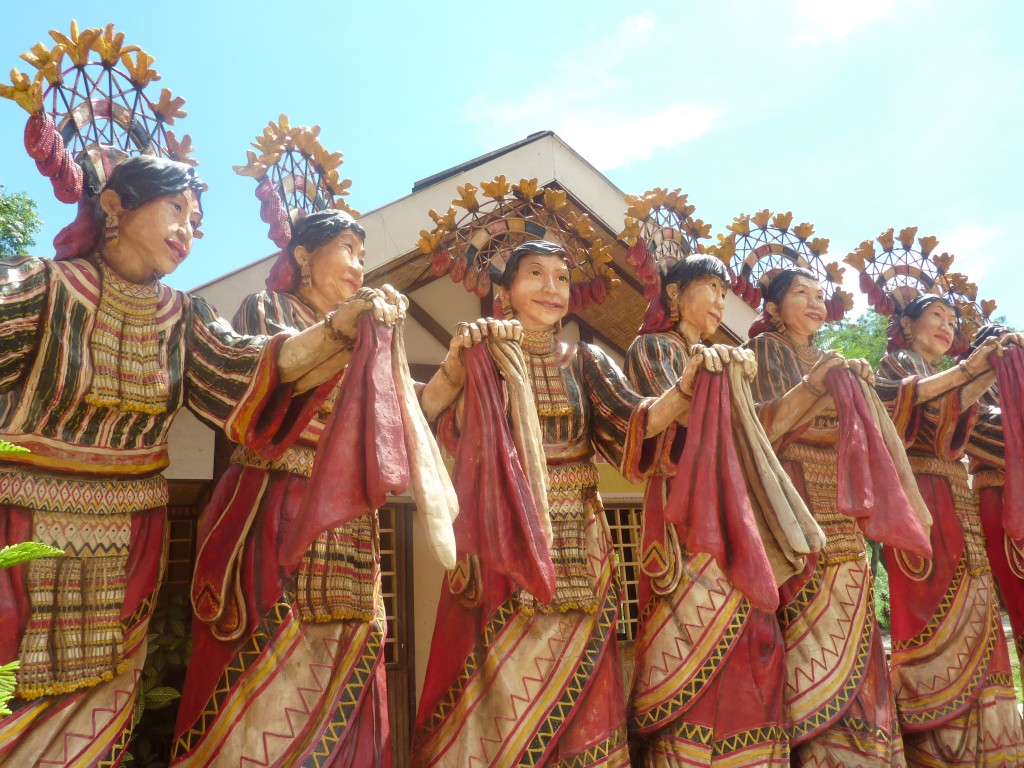 The Impasug-ong Tourism Center is found along the Sayre Highway. It features a giant panika, and giant statues of Indigenous People in their customary dresses. These were sculpted by no other than the renowned Mindanaoan artist, Kublai Millan.

Home of the Benedictine Monks, this pyramid-like structure of the monastery’s church was designed by National Artist for Architecture, Leandro Locsin.

The Lover’s Lane offers a grand overview of the Agusan Canyon.

Café sa Bukid is a two-storey bamboo café which offers Bukidnon local products such as honey and pineapple. It offers a scenic view of Mt. Kitanglad Range, while you enjoy a cup of coffee against the cold Bukidnon breeze 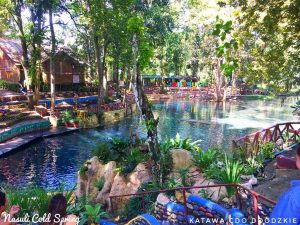 This natural pool is located in Brgy. Bangcud, Malaybalay City. It is known for its crystal clear and cold water which comes from the numerous open spring gushing from below and the few corners of the pool. It has a deep of 31 feet. It also features a Fish Spa. 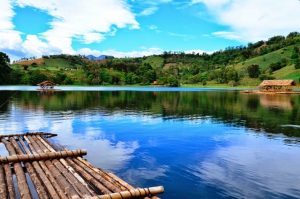 Lake Apo is a crater lake in Barangay Guinoyoran, Valencia City, Bukidnon. It is located in a hilly area about 640 meters in elevation, about 11 kilometres WSW of the city poblacion. It was awarded the cleanest inland body of water in Northern Mindanao Region X in the late 1990s. The green body of water has an estimated area of 24 hectares with maximum depths reaching up to 26 m. 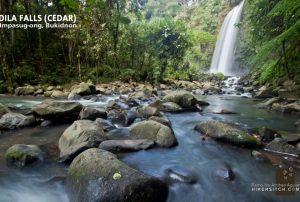 Located in Impalutao, Bukidnon, CEDAR is part of a reforestation project by the Department of Environment and Natural Resources (DENR), with a total area of over 1,700 hectares. It is a famous adventure spot in Bukidnon with a variety of flora and fauna and three beautiful waterfalls named as the Gantungan, Natigbasan, and Dila Falls. 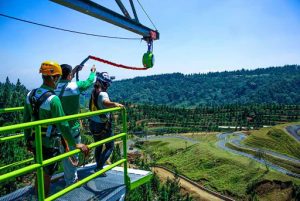 Located at Barangay Dahilayan, Manolo Fortich Bukidnon, Dahilayan Forest Park is nestled at the food of Mount Kitanglad. It offers an array of extreme adventures such as Asia’s longest dual zipline, the sky tower base jump and the drop zone. 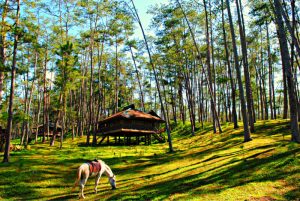 The Kaamulan Grounds is at the heart of Malaybalay City, the capital of Bukidnon. It is a nature park that serves as an activity area, recollection area, picnic site and outdoor area. Horseback riding is an activity you can enjoy in the vicinity. The Bukidnon Provincial Zoo is also located nearby. 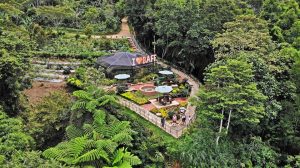 BAFF is located at the foot of Mt. Dulang-Dulang where one can witness how nature, agriculture and production are in a harmonious balance. It is an 8-hectare model upland farm that practices sustainable ecological agriculture. 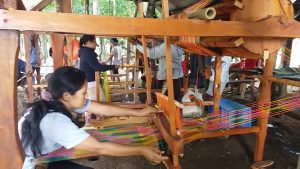 The Atugan Nature Farm in Imapsug-ong is known for its homemade delicacies such as binaki, a local version of the tamale, and forest products. Aside from being a learning site for agriculture, the Atugan Nature Farm has a Habolanan site where visitors can experience how the local Bukidnon people weave abaca into hinabol. 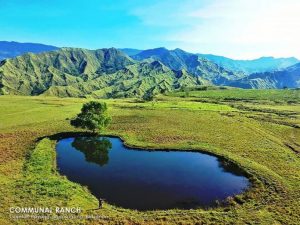 The communal ranch is a 642-hectare government-owned ranch located at Capitan Bayong, Impasug-ong. Due to its green mountain scenery and natural landscape, the vast grassland has become a favorite spot for filmmakers, photo shoots and other events. 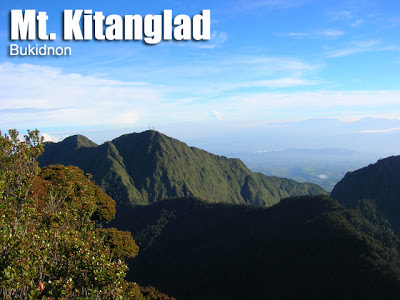 The MKRNP, with a total land area of 47, 270 hectares, occupies portions of 8 municipalities in Bukdinon and provides various ecosystem services to over 100,000 households and also to nearby provinces and cities. It is the home of three major indigenous cultural communities: the Talaandig, Higaonon and Bukidnon. It was declared as ASEAN Heritage Park in 2009. Mt. Kitanglad, one of the five peaks in MRKNP is the fourth highest mountain in the Philippines. 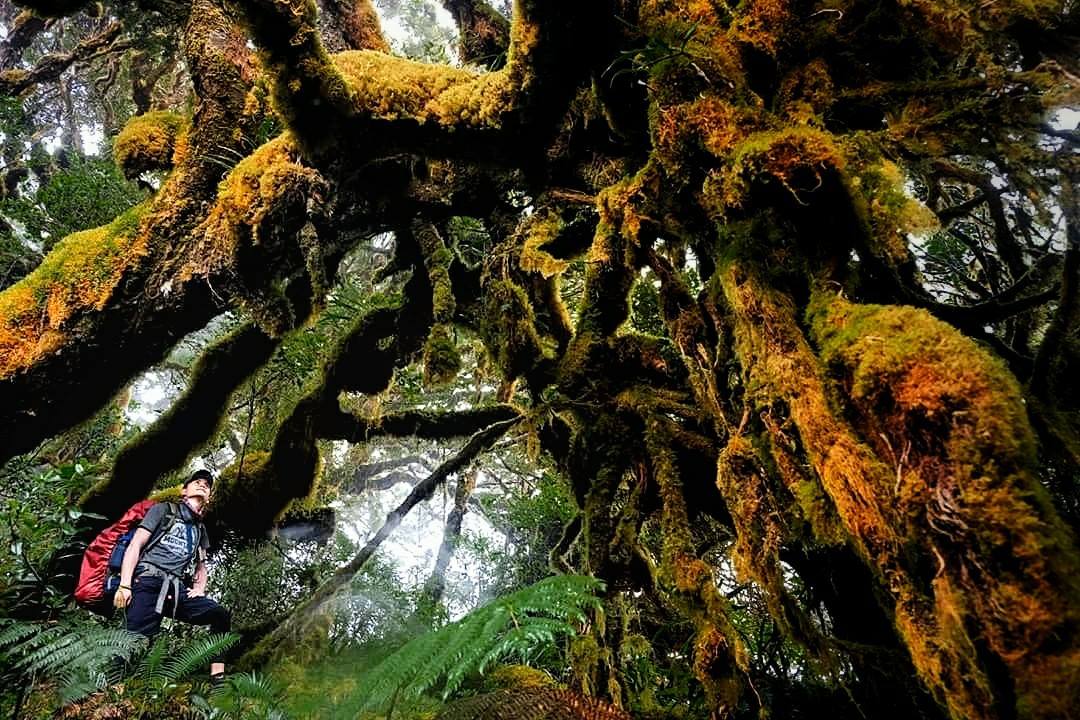 Mt. Dulang-dualng is the highest elevation peak in the MRKNP. It is the second highest mountain in the Philippines, second only to Mt. Apo of Davao. It is regarded by the Talaandig Tribe of Lantapan, Bukidnon as a sacred ancestral domain. It has a unique ecosystem common in elevated areas- a mossy environment ideal for moss, ferns and orchids. 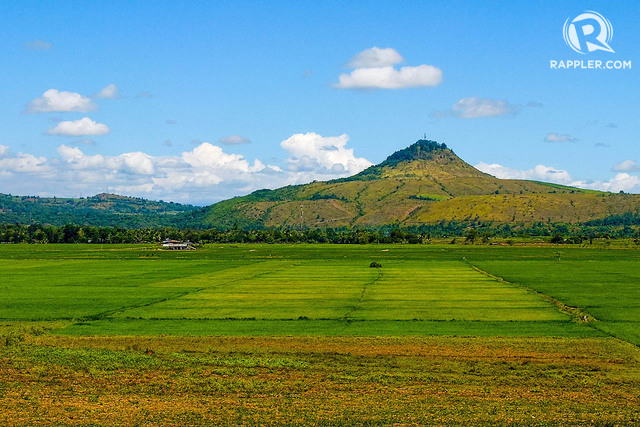 Musuan Peak or Mount Calayo is an active volcano located south of Valencia City, Bukidnon. Visitors frequent the mountain for research and trekking. The country side is visible from the top including the high Mt. Kitanglad, highways, the nearby Central Mindanao University and the mountains surrounding the Bukidnon province. 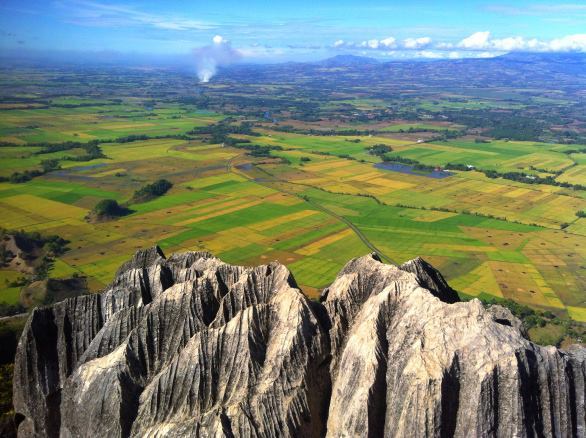